This panoramic photo was taken by master carpenter Sam Ayer, from the roof of the cupola at the House of the Seasons. He was doing some repair work and snapped this picture. The red clay rocks are part of a new driveway in nearby property we just acquired.

The House of the Seasons is now booking tours of its new greenhouse and garden area! 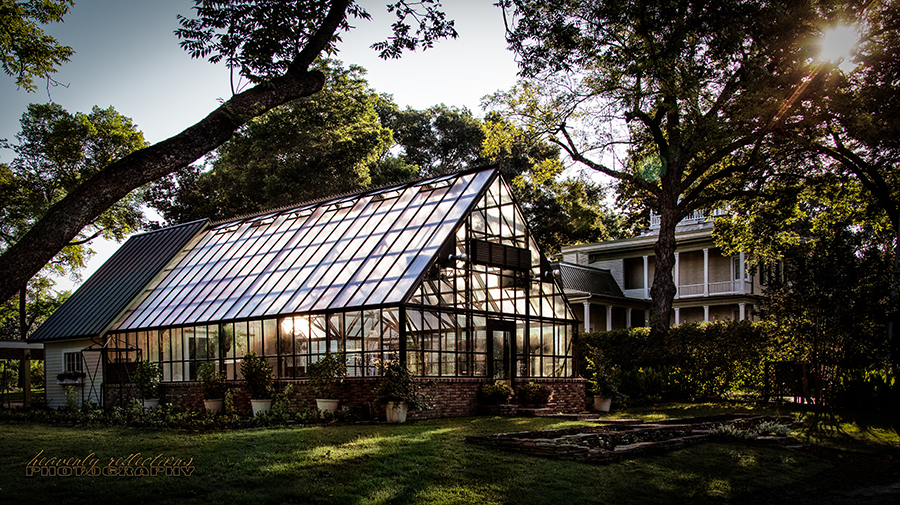 Jefferson, TX (April 8, 2015)  Construction crews battled rain, sleet, snow, and frigid temperatures all winter long, but spring has officially sprung at the House of the Seasons in Jefferson with completion of a major portion of an outdoor expansion project. 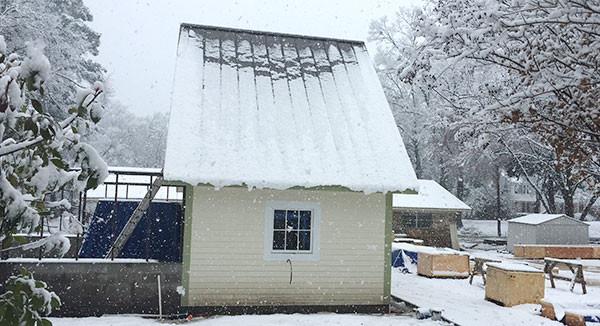 Plants native to East Texas are now growing inside a new greenhouse that was just built on the historic House of the Seasons grounds. Materials for the custom structure were shipped from British Columbia, then built on site during Jefferson’s harsh winter, said House of the Seasons Vice President and General Manager Shirley Reiman.

The glass greenhouse is attached to a “head house”, or potting shed, built from reclaimed wood and designed to mimic the House of the Seasons main home. Some of the lumber used in construction was salvaged from an old fence on House of the Seasons property. Inside the head house is a claw-foot tub garden workers will use to mix potting soil. That tub and other antique pieces were salvaged from other historic homes in Jefferson.

The greenhouse is being used to grow a combination of seasonal, native and endangered species, which will eventually be planted on the House of the Seasons property and at the Port Jefferson History and Nature Park. Of particular importance is the Neches River rose which is nearing extinction, said Gary Endsley, director of the Collins Academy in Jefferson.

The greenhouse was also built to provide horticultural education to students and adults. “This will be a community-based and school-based learning center,” Endsley said.

The greenhouse is a high-tech, fully-irrigated facility to ensure a proper growing environment for plants. “We have two heaters and four fans and the temperature will remain controlled,” said Reiman. She explained the House of the Seasons went to great lengths to ensure proper air circulation within the greenhouse, because that encourages plants to develop a stronger root system.

Email or call 903-665-8000 to reserve space for events such as weddings, receptions, and holiday gatherings. 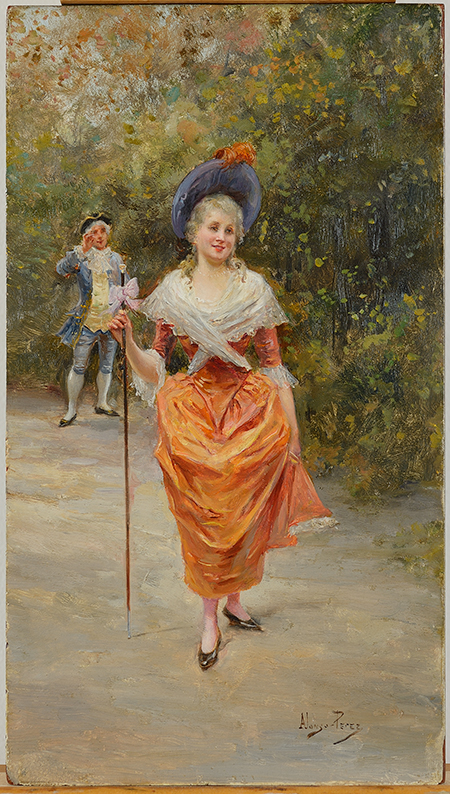 The House of the Seasons recently acquired a painting by Alonzo Perez, a Spanish artist who lived rom 1853 to 1929. It is a turn-of-the-century impressionist painting of a young woman with a courtier. The painting was restored to its original brilliance by the talented Stashka Star, Art Conservator at Stashka Art Conservation, Inc. 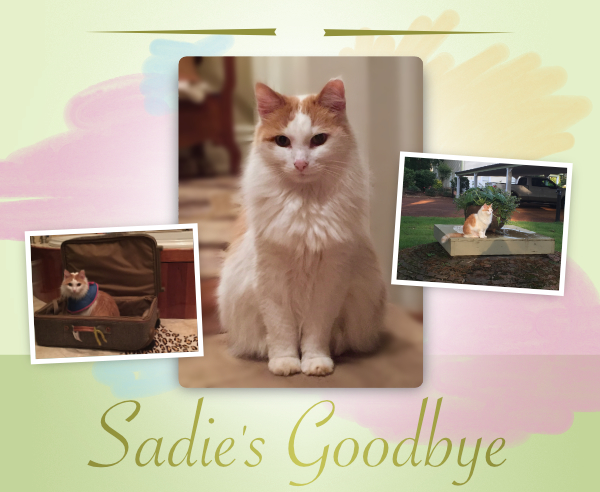 My time at the House of the Seasons has come to an end. My body became sick and despite all efforts, did not recover. But I wanted to tell you how wonderful my life was and express my thoughts in a final letter.

My first human was a soldier who was called to duty in Afghanistan. I was proud he served our country. He left me in the care of a friend, but I was devastated to lose the only dad I knew and loved. Turkish Van cats like me have only one human, and we are devoted to that person. So, I ran away in sadness and frustration.

After a month on the streets of Jefferson, a strange thing happened. A woman with a kind and loving face drove by and picked me up and then took me to her home. She fed me, brushed me, and sprayed me to get rid of all the fleas and bugs on my white coat. I was finally home, and I never left again.

She let me roam all over a beautiful house—and not just any house: but the House of the Seasons. Every day, my mom, Shirley, brought me with her to meet new people and to tell the story of this grand home. I became the princess of the palace, a job I loved. I patrolled the gardens making sure all was safe from unwanted creatures. It was a great joy to share this wonderful historic home with so many guests, even the old grouches who didn’t like cats. Thank you to everyone who pet me, gave me human food (my favorite), and told me how beautiful and special I was. You were right!

I was honored to make a museum more personal and warm. I loved jumping on the historic furniture no one else got to sit on, especially the red settees that came from Wyalusing Plantation in Marshall, Texas. My mom always tried to keep me off of them, but I was smart and sneaky. That grouping of furniture survived a move from Tennessee by wagon in 1848, sinking during a storm on Caddo Lake in 1849, a fiery meeting of Confederate Generals in May 1865, plus normal wear and tear. Sadly, it survived me, but I know I left my paw on it.

Thank you to all the guests for allowing me to show you the House I loved. Most importantly, I thank my mom for saving me and being my best friend and companion for many years. She was the great joy of my life and taught me how to be a princess (which of course, came naturally to me). I lived nine lives I would have only dreamed about if not for my mom and the many guests and friends I made. I was honored to receive more Christmas cards than the House did!

I hope and believe we have made the House of the Seasons a special place, and I was a small, furry, and important part of that experience. I loved meeting all of you, and while I cannot say goodbye to you individually, please accept my love and thanks from your good friend.
My last wish is for you to save an animal like me, to give and understand the love that can be shared.